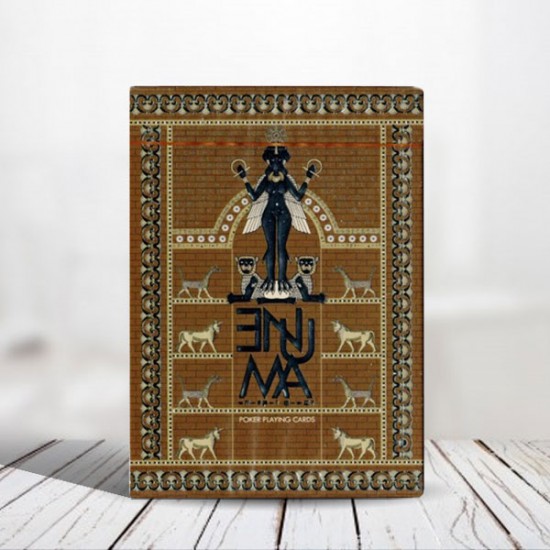 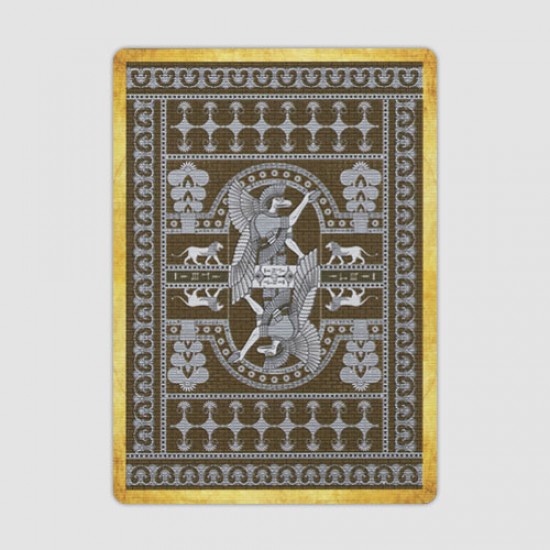 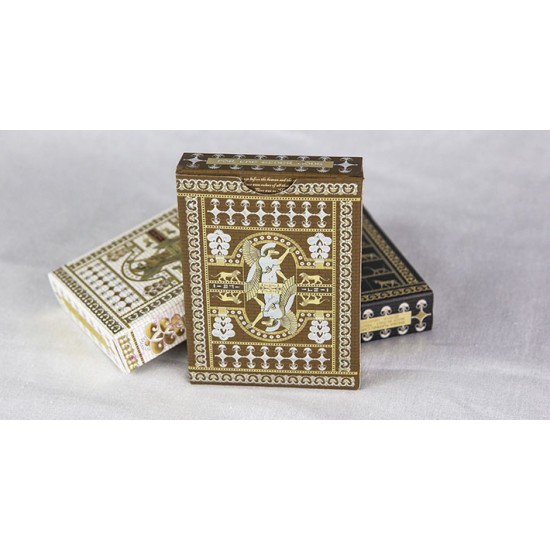 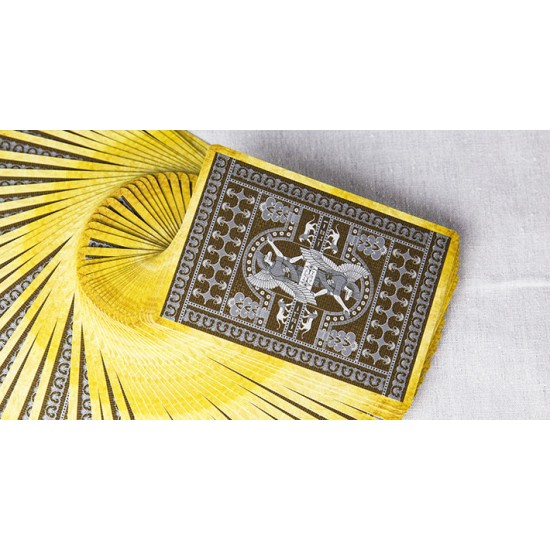 The deck is printed with metallic silver inks on the front and back of the cards.

The tuck box has some elements in embossing and silver foil -- the internal portion is printed in silver foil.

The back of the cards is inspired by The Gate of Ishtar, the eighth gate of the inner city of Babylon. It was built around 575 BC. under King Nebuchadnezzar II in the northern part of the city.
There is some elements of the Gate that came to light during the first excavations in Babylon in 1897.

The deck represents Gods and Deities of the Elder Gods of Babylon. The main character of the trilogy, MARDUK, is represented with his stronger esoteric seal on the King of Spades card.

All the cards have one of the 50 powers of Marduk seals represented in the top right corner.

There are 2 bonus cards representing The Battle in Babylon printed in silver metallic inks.

Want to see all 52 cards Before Buying. Click on the link below