Free Shipping In India For Orders Above Rs. 2000.

You must be familiar with playing cards. They have been around for centuries. A modern card deck is simple yet versatile. Whether it’s for playing games like Rummy to performing magic tricks, a deck of cards will never cease to wow us!

The history of playing cards remains a topic of debate among card lovers and game scholars. Many believe that card games originated in 9th century China. The ‘leaf game’ played by the Tang dynasty in ancient China was apparently the first card game. In subsequent years, playing cards evolved and became very popular. They reached different parts of the world. Their popularity also caused a lot of problems in Medieval Europe. In the 1300s, card games were banned in many European countries. Despite several roadblocks, playing cards developed over time and gave birth to the modern card deck.

In the medieval period, the original suits were coins that represented swords, sticks, cups (love), and wealth. Over time, they evolved into the four suits gracing our modern deck. Heart, Diamonds, Spades, and Clubs are the original suits used by the French 100 years ago! There is logic and meaning behind each of them. Many historians believe that they depict the economic classes of the time.

Do you know the King, Queen, and Jack are based on real monarchs? Yes, you heard that right! The distinctive designs were used in British and French card decks by aristocrats. Over the years, the face cards evolved, and the King cards depict the four powerful rulers: Charles (Hearts), Caesar (Diamonds), David (Spades), and Alexander the Great (Clubs). The Queen cards have a roster of famous queens like Judith, Rachel, Argine, and Pallas.

The Common Misconception About the Queen

The invention of the Joker

The Joker made its debut in the mid-19th century in the United States. It was used as a trump card in the game of Euchre. As we know, the trump card has a higher value than its original value. On the other hand, there are several theories claiming that the Joker first appeared in an Italian tarot card.

The Joker stood the test of time and is still used as the wild card. A modern card deck usually has 2 to 3 Jokers, and it plays an important role in many card games, including Indian Rummy.

The Bloody History of the Ace of Spades

The Ace of Spades features a unique design. There is a reason behind that. As you know, playing cards were very popular in France, and aristocrats used them to make money. The 17th century saw the imposition of tax on one of the cards in the deck. The design of the card depicted that the duty had been paid. Even the UK used this idea in the 1700s, and it was used until the 1960s. Many players tried to evade the taxes by playing without the Ace of Spades.

Card Values Change with the Game

The value of different cards may vary depending on the type of card game you are playing. Cultural differences also influence the values of cards significantly. For example, the British use the Queen as the highest value card over the King. This is because the Queen is in power in Britain.

Not only as a means of entertainment, playing cards also served an essential role in the Vietnam war. According to the legends, the Vietnamese feared the ace of Spades and believed it symbolized death. When the US found this vulnerability, the Playing Card Company in Cincinnati started manufacturing card decks consisting of nothing but the aces of Spades. The American troops used these decks and scattered them around the fields and jungles to incite fear in the enemy.

The Pattern on the Back

Traditional card decks had distinctive patterns on the back, predominantly in red and blue. Every manufacturer still has its own pattern, which can be as distinctive as a Scottish clan to Lady Gaga!

No Female Characters in Early Cards

Early card decks did not feature the queen or any other female character. They predominantly featured kings, knights, and knaves (which later became Jacks). In the 15th century, French card decks introduced cards with female characters.

So there you have it! Aren’t these facts about playing cards amazing? We believe this information will make you look at them differently. Maybe you can use these facts to brag about your card knowledge while playing a card game or showing magic tricks to your friends or family. 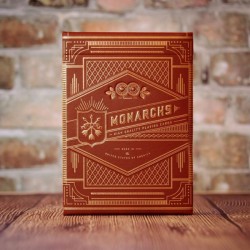 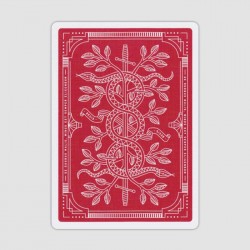 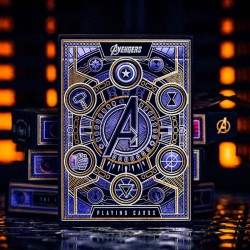 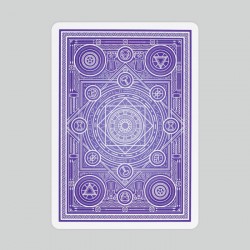 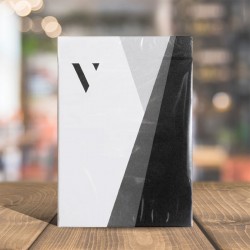 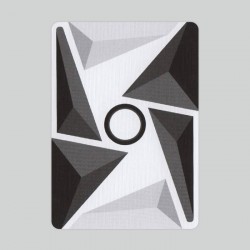 Virtuoso P1 Limited Edition Playing Cards
With the Virtuoso P1 deck, cardistry is taken to the next dimension ... literally! So limited that everyone is scrambling to place their orders BE..
Rs. 1,869.00
Add to Cart
Add to Wish List
Buy Now 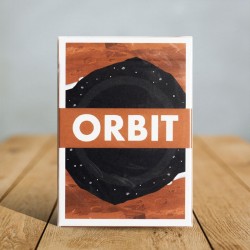 Out Of Stock
Orbit V8 Playing Cards
Welcome to Mars.Taking every note from Orbit editions before it, we're excited to unveil the newest iteration of the iconic Orbit deck. Inspired b..
Rs. 1,069.00
Notify Me
Add to Wish List
Buy Now