This is a great comedy effect involving audience participation. A little naughty, but not offensive, it makes for a very entertaining magic trick for a grown-up audience.

It is NOT SUITABLE for children, please.

In effect, the performer displays two-colored handkerchiefs, which are tied together. Three spectators are invited to participate in the effect, at least one of whom is a lady.

When the spectators pull the handkerchiefs, the knot has vanished, but tied between them appears a super size brassiere, much to the surprise of the lady. Her natural reaction is bound to have a big impact on any audience.

It's a silly surprise that will make everyone laugh, including your volunteer!

This trick is also funny if you use it on yourself.
For example, you could pretend to have trouble handling the tied silks plus other items, and so you tuck the silks into your shirt to get them out of the way while you do something else.
When you take the silks out of your shirt, the bra will be seen tied between them.

We strongLY recommend that you please use an adult male volunteer. You want the effect to be ridiculous and totally nonoffensive.
You can also do the effect of using YOURSELF as a volunteer.
You can also replace the built-in brassiere with a bra you make yourself, a bra with THREE cups, to make the effect even more ridiculous.

The Baffling Bra effect was created by Howard Brooks in the 1930s, and is a variation of Frank Ducrot's 20th Century Silks, invented in 1900.

Though bras have been worn by women for thousands of years, the first bra design to be patented was in 1914 by a female American fashion designer named Mary Phelps-Jacobs, who worked under the name Caresse Crosby. Her design was, in fact, two silk handkerchiefs tied together!

For More Details Refer our complete Refund & Exchnage Policy.
Tags: comedy, funny
You can choose your currency from top menu 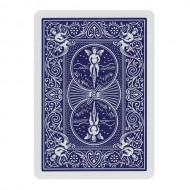 Hot
Bicycle Playing Cards Poker (Blue)
This is the world's most familiar and most Used Card. The famous Rider Back Design in red and blue. We have all probably played with this card and kno..
Rs. 349.00
Add to Cart
Add to Wish List
Buy Now 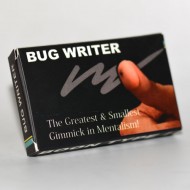 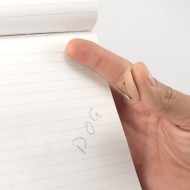 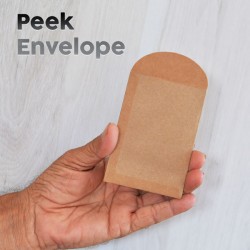 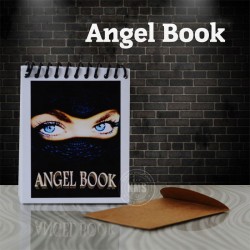